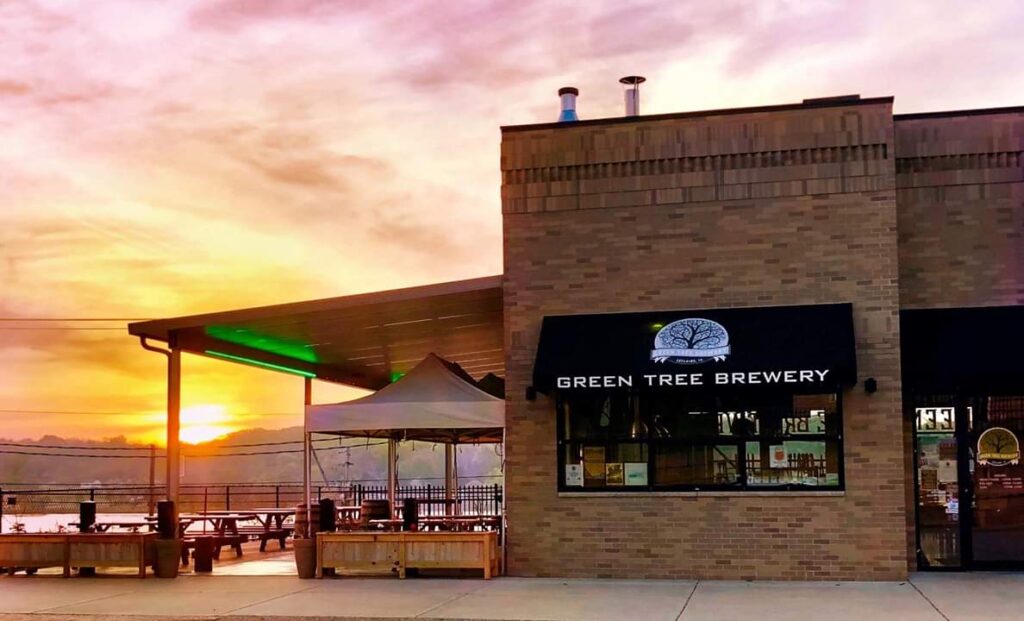 The owners are Dr. Richard Day and his wife, Denise Day. Richard has always (well, for 20 years anyway) had a passion for brewing his own beers because he loved adding his own flavors to the brews to make them unique. He enjoyed the flavors of his own beers better than the flavor-neutral beers that were on the markets. He and his wife frequented a local microbrewery often and when they would travel, they would search out other microbreweries, sometimes visiting three or four in a day.

It didn’t take much encouragement from his wife, kids, sister-in-law, nephew, and tons of other family and friends to take his brews to the next level. They thought that brewing 15 barrels at a time would be much better than five gallons! Not to mention, much easier to take the beer home with them! So, they opened Green Tree Brewery with help from a lot of amazing people who believed in them.